Naughty Nude Orleans! More than 1,000 kinky couples and SSGSelect Was There, Were You? 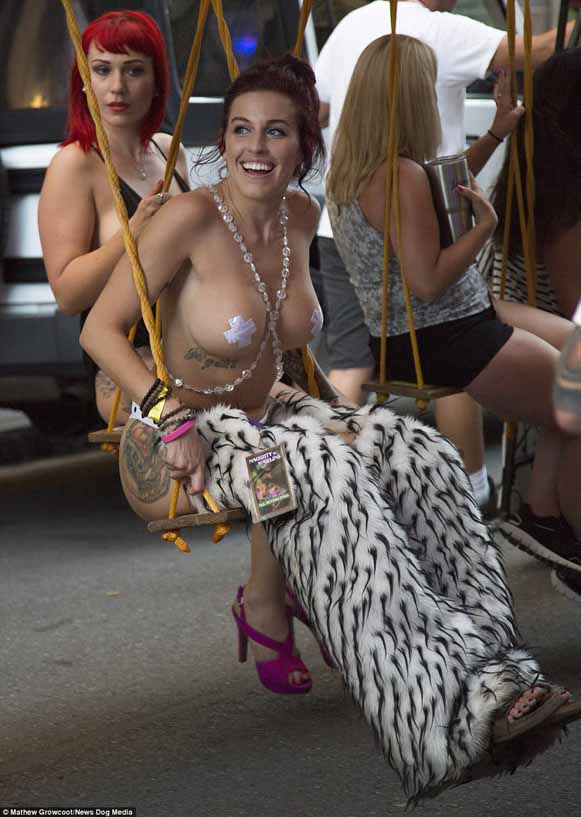 More than 1,000 polyamorous couples have descended on New Orleans for the world's largest swinging convention.

The annual Naughty in N'awlins event, held in the world famous city in Louisiana, includes a massive Sexual Freedom Parade.

The parade, which organizers claim is the biggest of its kind in the country, is aimed at raising awareness of polyamorous relationships, swinging lifestyles and 'archaic laws outlawing sex toys'.

A woman holds up a sign saying 'monogomy isn't natural' during the Sexual Freedom Parade, part of Naughty in N'awlins event held in New Orleans

Attendees of the controversial parade are encouraged to design and bring their own signs to show their support
Accompanied by a brass band and dance troupes, the route starts behind the Astor Crowne Plaza Hotel and goes four blocks on Bourbon Street before returning to the hotel for a Sexual Freedom Party.

The week-long convention is also aimed at shining a spotlight on issues from sexual discrimination to custody issues.